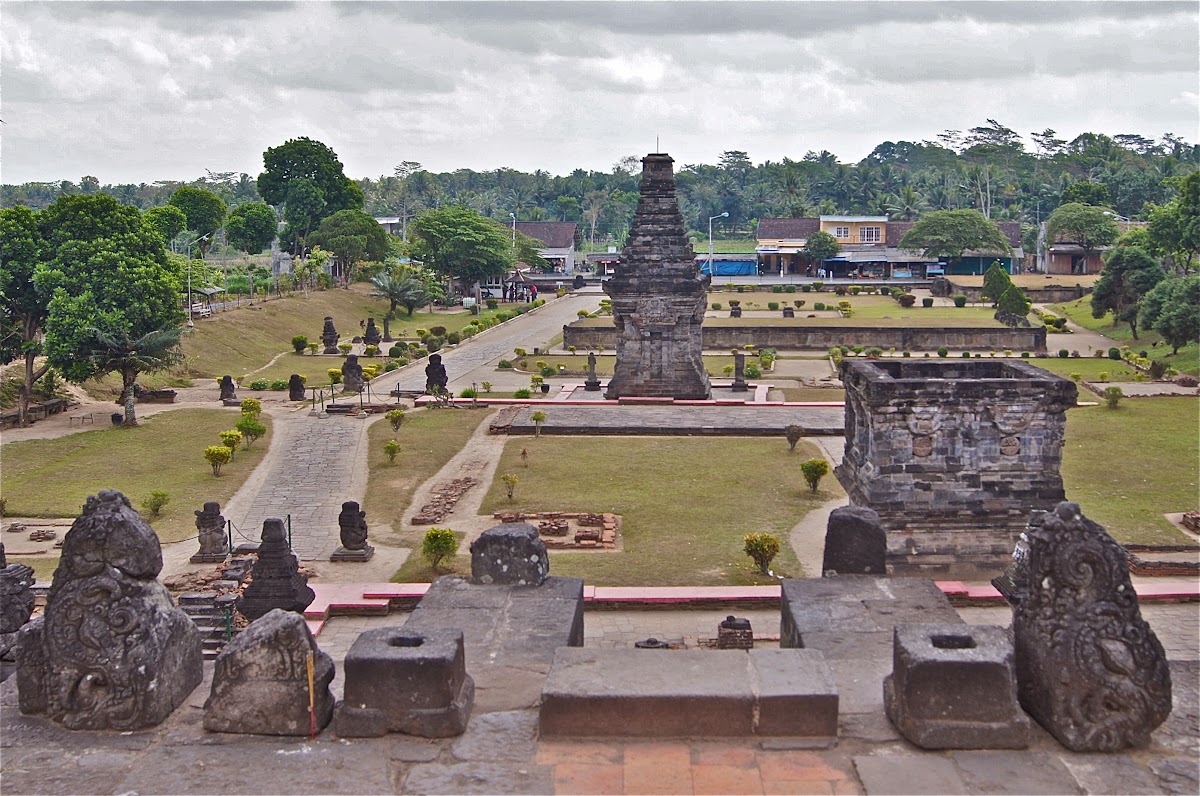 Located in Panataran village, Nglegok district, arround 10 km north of Blitar regency, candi Penataran or Penataran temple is the larges Hindhu temple complex in East Java province. Believed to have been under construction from the 12th Century to the 15th Century, its played a significant role in the Majapahit Kingdom, especially in its golden periods under King Hayam Wuruk.

Dedicated to the god Siva, Penataran temple was in use for at least three hundred years, from the 14th to 16th centuries. Nagarakrtagama clearly indicate that Penataran temple has importance role in Majapahit kingdom that King Hayam Wuruk and his Patih (Prime Minister) Gajah Mada visited several times.

Discovered in 1815 Sir Thomas Stamford Raffles (1781-1826), Lieutenant Governor-General of the British colonial government in power in the State of Indonesia, Penataran temple not known until 1850. Raffles, with an expert Dr.Horsfield, a natural sciences expert, paid a visit to the Penataran temple. His journey recorded in a book, History of Java, published in two volumes. This Raffles trail later followed by other researchers, namely: J. Crawfurd a resident assistant in Yogyakarta, the next Van Meeteren Brouwer (1828), Junghun (1884), Jonathan Rigg (1848) and the NW Hoepermans held in inventory in 1886 complex Panataran enshrinement.

It is a large complex with 3 courtyards and in many ways strongly recalls a modern day Balinese temple. Entering the temple area, in the main gate, visitors are greeted two statues, called Dwaraphala or Mbah Bodo by local people.

The statue was revealed Penataran temple history. On its pedestals inscribed several number in Old Javanese letters, Saka year 1242 or 1320 AD. The statue also mentioned the sacred building named Palah and inaugurated as state-temple under King Jayanegara (1309-1328) BC.

There are several building in the second yards, including Bale Agung, Candi Angka Tahun or numbered temple (because its has several number related to its history) and Candi Naga, decorated with a dragon wrapped around temple.

Main temple, Penataran temple, is the biggest temple in the complex, located in the third yards. Its 7,10 meters high equipped with beautiful reliefs and animal tales such Ramayana, deceived hunter, and the arrogant turtle.

Nowdays, Penataran temple is one of the famous landmark for Blitar, beside Bung Karno grave (Indonesia founding fathers and first president), Mount Kelud and Tambakreja beach. The site was added to the UNESCO World Heritage Tentative List on October 19, 1995 in the Cultural category.