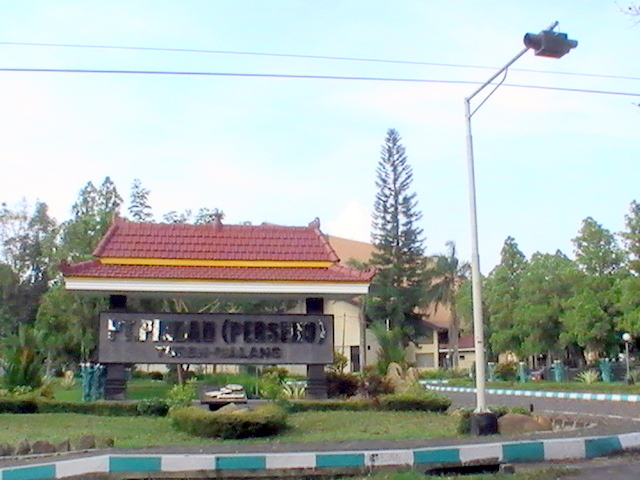 Lies on 160 hectares, formerly tapioka factory, Turen was choosen on security and strategy reason, such sparsely populated and quite close to Juanda airport and Tanjung Perak port in Surabaya, and Abdur Rahman Saleh airport in Malang.

PT Pindad, in general, is an Indonesian manufacturing industry specializing in military and commercial products. It's activities cover design, development, engineering and fabrication as well as maintenance.

The history of PT Pindad, dating back to 1808 is as military equipment workshop in Surabaya, dating back in 1808, under the name of Artillerie Constructie Winkel (ACW). This workshop expanded into a factory and after it had undergone same name change, it moved to Bandung in 1923. Today Bandung serve as a headquarter and focus on weapons and military vehicles as main bussiness. Its branch PT Pindad Turen focus on ammunition and explosive.

The Dutch handed over the factory to Indonesian Goverment on April 29, 1950. Then the said factory was officially named Pabrik Senjata dan Munisi (PSM), means weapon and ammunition factory. Since then PT. PINDAD had change into an industry of military tools and equipment under the management of Indonesian Army.