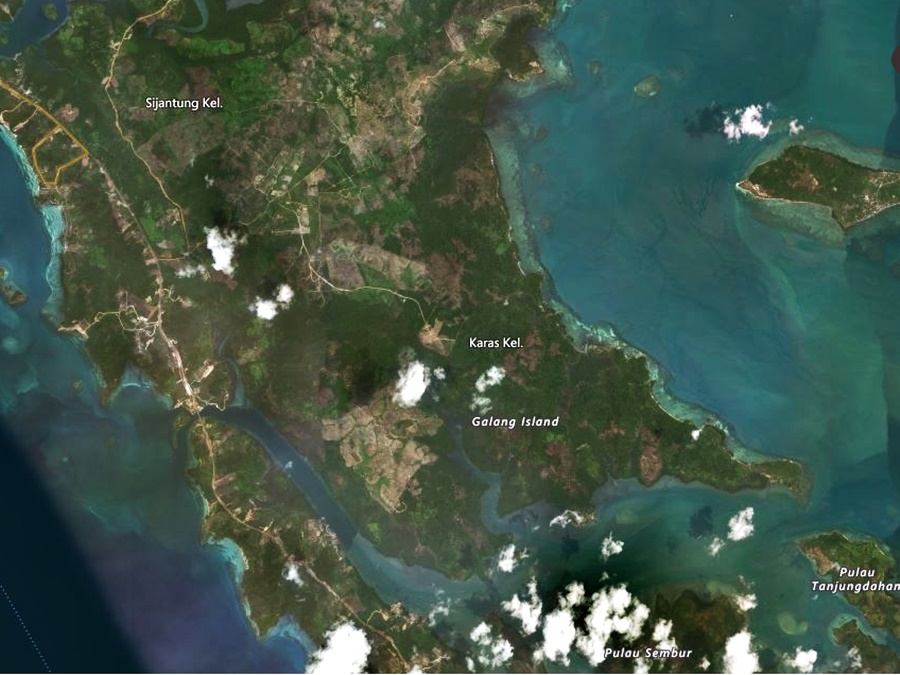 Another destination in Riau islands province is Galang Island, an island with 80 km2 located 350 m southeast of Batam. Galang Island belonging to a group of three islands called Barelang (abbreviation of Batam-Rempang-Galang).

In the past, Galang Island is home for hundreds of thousands Vietnam, Lao, and Cambodia refugees. In Sijantung village, 50 km from its city center, there was a UNHCR's main administration office to run Galang Refugee Camp during the period of 1979-1996.

At that time, due Vietname war, many Vietnamese left their country and floated in the South China Sea for months, without any clear destination. Some of them died in the middle of the ocean, but others managed to reach Indonesian territory including Galang Island, Tanjung Pinang, and other islands nearby.

Vietnam refugees called Vietnamese Boat People and asylum seekers were temporarily accommodated during the determination of their refugee status and their subsequent resettlement in the USA, Australia and other European Countries. Now many Vietnamese from their new resettled countries have come back to visit Galang.

Their refugees camp well known because it was rated the best refugee camp by the UNHCR. This camp, approximately it covers 16 square kilometres. There are many facilities and offices like camp administration office, PMI (Indonesian Red Cross) Hospital, school, church, cemetery, Buddish temple, and Youth Center here. There are also exact replica of one of the boats used in 1975 by the Vietnamese people to cross the seas.

The Camp was divided into three sites: Site IA, Site IB, and Site II. This camp accommodated about 250,000 boat people from Cambodia, Laos and Vietnam from 1975 to 1996. Most of them were Vietnamese. In 1996, the camp was closed seven years after the Comprehensive Plan of Action was adopted. All the Vietnamese refugees had repatriated by the UNHCR. At present, this ex-refugee camp is a tourist site and well preserved.